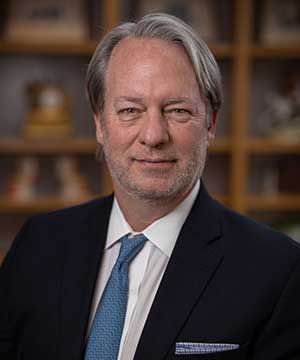 Trey Crabb is a frequent lecturer at the University of North Carolina at Chapel Hill where he was appointed to the Kenan-Flagler Business School MBA Adjunct Faculty in 2012 and is Professor of the Practice. In addition, he has been a member of the Foundation Board of Trustees at the Gillings School of Global Health at UNC-Chapel Hill from 2006-2015, and in 2014, he was appointed to the Board of Directors of the UNC Health Care System. He was a founding member of CRV in 2015.
Mr. Crabb is Chief Business Development Officer at Methodist Le Bonheur Healthcare in Memphis, TN. Previously he founded the not-for-profit healthcare M&A practice at Morgan Stanley and was a managing director in the healthcare practice focused on mergers, acquisitions and strategic services at Ziegler. He has over 20 years of healthcare experience providing both not-for-profit and for-profit healthcare organizations in strategic advisory transactions, as well as debt and equity capital raises. Prior to joining Ziegler, Mr. Crabb worked with Merrill Lynch in the New York and London offices doing primarily not-for-profit mergers, acquisition and exclusive sales transactions. Mr. Crabb began his career at Bank of America in Charlotte, where he was a founding member of the firm’s healthcare corporate finance and investment banking group. He has also run his own firm, Health Strategy Partners, and was Nashville managing principal at Stroudwater Associates. Mr. Crabb earned two masters degrees from the University of North Carolina at Chapel Hill, including a Masters of Healthcare Administration at the Gillings School, and a Masters of Business Administration at the Kenan-Flagler Business School. He earned his B.S. in corporate finance and investment management at the University of Alabama.