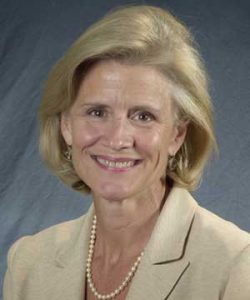 Ms. Shuping-Russell has over 35 years of investing institutional portfolios and building. She was an early, sometimes founding, investor in many of today’s leading private equity, venture capital and energy firms. She was a managing director at BlackRock, specializing in its Private Equity Partners group, from 2004 to 2017. Before that she was a General Partner at Intersouth Partners, focusing on early-stage venture investments. Beginning in the mid-1980s, she spent 15 years managing the investment assets of Duke University and was a co-founder of DUMAC, the management company charged with overseeing Duke’s endowment and retirement funds. There she was responsible for building the venture capital, private equity and energy portfolios. During that time Duke led the nation in the return on its endowment, led by its private investment portfolio returns. For decades Ms. Shuping-Russell has been involved in boards and other activities within UNC. Included among these was serving as a member of the UNC-CH Board of Trustees from 2006-2015, where she served as Board Secretary (2013-2015), Chair of its Finance and Audit Committee (2009-2013), and Chair of its Enterprise Risk Management Task Force (2014-15). She has been a member of the University’s Investment Board since 1996 and was formerly on the Board of UNC Healthcare System. In addition to her University efforts, Ms. Shuping-Russell also helped build the entrepreneurial foundation of the State of North Carolina. From 2001 to 2005, Ms. Shuping-Russell was on the Board of the NC Biotechnology Center and also was a member of its Executive Committee. Earlier she was on Gov. Hunt’s Council for Entrepreneurial Development and the Technology Development Commission. She also served on the Board and Executive Committee of the Council for Entrepreneurial Development (CED). In addition to these NC efforts, Ms. Shuping-Russell also served on the Advisory Boards of numerous national venture and private equity firms, including Redpoint Ventures, US Venture Partner Partners, SilverLake Partners, Summit Ventures and Elevation Partners. She holds a BA in English and Political Science from UNC-CH and an MBA in Finance and Economics from Columbia University Business School.