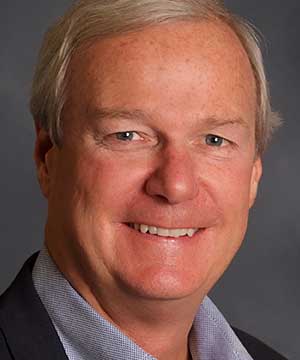 As CEO of Synecor, Mr. Starling is a cofounder of BaroSense, Inc., Bioerodible Vascular Solutions, Inc., (BVS, acquired by Guidant/Abbott in March 2003), InnerPulse, Inc., Asensus Surgical, Inc. (NYSE:ASXC), Interventional Autonomics Corporation, NeuroTronik Limited, and Conveyor Cardiovascular Limited, the initial seven companies founded and incubated by Synecor. Mr. Starling currently serves as CEO of Conveyor Cardiovascular Limited, an Irish-based company in the structural heart field; and as a board member of Asensus Surgical Inc. (NYSE: ASXC), a RTP, NC – based robotic surgery company pioneering digital laparoscopic robotic surgery worldwide. Mr. Starling was on the Board of iRhythm Technologies, Inc. (NASDAQ: IRTC) in San Francisco, a Stanford BioDesign spinout, from its inception in January 2007 until its initial public offering October 20, 2016. Mr. Starling is Chairman of the Board of RTP, NC – based InnAVasc, Inc., an early-stage startup company spun out of the Duke University Medical Center engaged in the development of improved renal dialysis technology. Recent Board memberships/personal investments include Yor Labs, Inc., (Chairman) in the wireless, affordable, Intracardiac Echocardiography field, Senaptec, Inc. in the Sensory Performance field and ReVibe Technologies in the ADHD field (represents investor Carolina Angel Network in both Senaptec and Revibe), EnCompass Technologies, Inc. in the Cerebral Embolic Protection field, and Sonovascular, Inc., (Chairman) in the vascular ultrasound field.

William N. Starling received his BSBA degree from the University of North Carolina at Chapel Hill and his MBA degree from the University of Southern California. He began his 44-year career in the medical device industry at American Edwards Laboratories (Edwards LifeSciences – NYSE:EW). He was subsequently part of the founding management team and Director of Marketing for Advanced Cardiovascular Systems, Inc. (acquired by Lilly/Guidant/Abbott), and was cofounder, Vice President and Board member of Ventritex, Inc. (IPO in 1992, acquired by St. Jude Medical/Abbott in 1997). Mr. Starling was cofounder and Chairman of the Board of Directors and President/CEO of Cardiac Pathways Corporation (IPO in 1996, acquired by Boston Scientific Corporation in 2001). The start-up companies he has co-founded today represent over $4 billion in annual revenues and Mr. Starling is responsible for raising over $280M in private and public capital for these development stage companies.

Mr. Starling serves on the Stanford Stroke Center’s Board of Advisors at the Stanford University Medical Center. He also serves on the Kenan-Flagler Business School Board of Advisors (Chairman 2009-2014), Chairman of the UNC/NCSU Department of Biomedical Engineering Industrial Advisory Board and is a member of The Chancellor’s Innovation Circle at the University of North Carolina at Chapel Hill where he frequently guest-lectures to undergraduate and graduate students on entrepreneurism. Mr. Starling is also Chairman of Carolina Research Ventures (www.crvfund.com) and is the recipient of the 2016 UNC Kenan-Flagler Leadership Award, awarded annually to an alumnus for exceptional achievement in a career field, personal endeavor or service to UNC Kenan-Flagler.