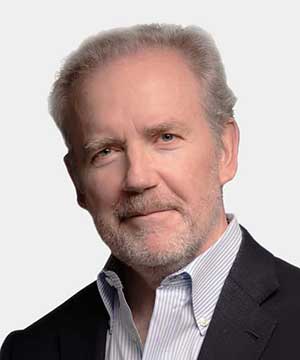 As a venture capitalist, Mr. McGuire has invested in more than 80 companies. He also co-founded three companies: Inspire Pharmaceuticals (public and sold to Merck), AIR (sold to Alkermes), and MicroCHIPS (sold to Dare). Companies Mr. McGuire has supported have touched more than 60 million patients and directly saved over 400,000 lives. As a group, they have achieved a combined peak enterprise value of over $50 billion.

In 2015, Mr. McGuire was listed as one of Scientific American’s Worldview 100, visionaries who continue to reshape biotechnology and the world. In 2014, he was chosen to receive the Irish America Healthcare & Life Sciences 50 Award. In 2013, Terry was listed as one of Forbes’ Top Life Sciences Investors, and he received The Boston Irish Business Award. In 2011, he was listed in Forbes’ Midas 100 List of Top Tech Investors. He is also a recipient of the Massachusetts Society for Medical Research Award, and the Albert Einstein Award for Outstanding Achievement in the Life Sciences, awarded by Harvard and the City of Jerusalem. He was awarded honorary doctorate degrees from Ohio Wesleyan University and Canisius College for his work in translational science.

Mr. McGuire was formerly chairman of the National Venture Capital Association (NVCA), which represents 90% of the venture capitalists in the United States, and the Thayer School of Engineering Board of Advisors, Dartmouth College. In 2020, the NVCA presented him with The Outstanding Service Award, recognizing the exceptional service of an NVCA director or member who has committed an extraordinary amount of time, resources, and dedication to association efforts that, in turn, benefits the entire venture community. In addition, he is chairman of the Global Venture Capital Congress, an inaugural member of the Carolina Research Ventures Advisory Board, The Arthur Rock Center for Entrepreneurship at Harvard Business School Board, and The Healthcare Initiative Advisory Board (HBS).

Mr. McGuire holds a MBA from Harvard Business School, a MS in engineering from The Thayer School at Dartmouth College and a BS in physics and economics from Hobart College.