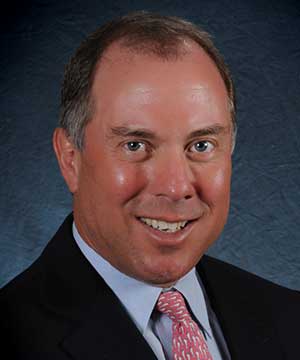 Dr. Lerner has had a 40-year love affair with both entrepreneurial endeavors and UNC. From an entrepreneurial standpoint, it began in 1982 with the founding of FGI. Since then, he has been involved with many formative companies as a principal, advisor and investor. Early in his career, his primary focus was in marketing and corporate development. For the last 15 years, his focus has been on strategic planning and corporate finance. His sector expertise ranges from marketing services to communication and financial services. Dr. Lerner’s career has been highlighted by his participation in the founding of a number of companies. Among those that he has served as a founding principal include FGI (1982), FGI Cellular and its successor Sterling Cellular (1989), CMS and its successor KBM (1992), Capstrat (2001), Yankelovich Holdings (2002), Piedmont Community Bank (2009), Data Decision Group (2016), Tethis (2017) and Next Century Spirits (2018). In each of these companies, Dr. Lerner was instrumental in planning the strategic direction of the company, and served in the role of either Chairman or Vice-Chairman of the Board of Directors. He has also participated as an early-stage investor, and served on the Board of Directors or advisors for Bandwidth, Republic Wireless, Pappas Ventures, Accent Energy, Connexus, Launchbox Digital, Petroliance, Presdio Network Solutions, Vantage South Bank and its successor Yadkin Bank, and the North Carolina Railroad Company. In addition, he has also invested in dozens of early-stage companies, and in funds that are directed toward their development.

Chapel Hill holds a special place in his heart. Dr. Lerner received his MA (1980) and Ph.D. (1983) from UNC. He has taught Marketing, Marketing Research and Entrepreneurial Finance at the Kenan-Flagler School of Business. He also served on the UNC-CH Board of Trustees from 2011-2015. He is currently the Chairman of the Carolina Angel Network, and a founding board member of the Carolina Research Ventures.