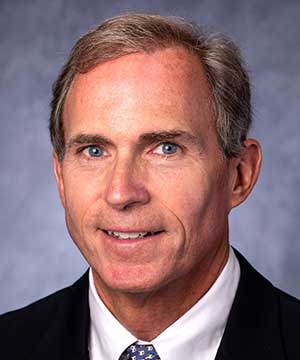 Mr. Preyer is the Co-Founder and President of Restoration Systems, an environmental company specializing in wetland, steam, nutrient, and habitat mitigation, headquartered in Raleigh. The company has over 80 mitigation projects in twelve states, including the first water quality bank to reduce nutrient loading ever approved in the country.

He has been a member of the UNC Institute of the Environment Board Visitors since 2011 and previously served on the University Board of Visitors from 2012 to 2016.

Before founding Restoration Systems in 1998, Mr. Preyer worked in the United States Senate on environmental and defense issues as Legislative Director for Senator Lauch Faircloth of North Carolina. From 2002-2006, he served on the Board of Directors of the North Carolina Coastal Federation, a non-profit environmental group advocating for coastal rivers, creeks, and wetlands. He worked closely on the formation of the North River Wetland Preserve, the largest saltwater marsh restoration project in North Carolina.

Mr. Preyer graduated from UNC in 1990 with a B.A. in political science.