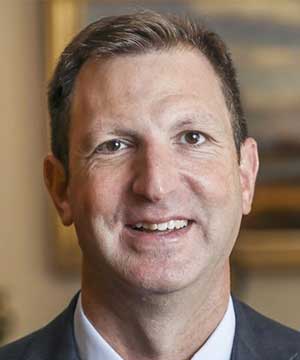 James Rosen, M.B.A., M.S.P.H., is the President and CEO of Artizan Biosciences, Inc., a biotechnology company focused on developing novel therapies for diseases with a basis in the human gut microbiome. Prior to Artizan’s inception, he spent 12 years in venture capital, most recently leading the program-related venture capital investment function for the Bill and Melinda Gates Foundation.

From 2005-2015, Mr. Rosen was with Intersouth Partners, where he was a Partner on the life sciences investment team. He began with the firm as an intern in 2005 while pursuing his graduate degrees at UNC, joined full-time in 2007, and became a Partner in 2009. Prior to joining Intersouth, he spent 15 years in clinical, research and financial positions in the health care and biotechnology sectors.

He currently serves on several boards and advisory committees, including the UNC Public Health Foundation (Emeritus, former Chairman) and Dean’s Advisory Council for the Gillings School of Global Public Health at the University of North Carolina.

Mr. Rosen holds a B.A from Duke University and an M.B.A. from the University of North Carolina-Chapel Hill’s Kenan-Flagler School of Business where he was a Carolina Venture Fellow and recipient of the Frank Hawkins Kenan Award for Excellence. He received his M.S.P.H. from the UNC School of Public Health, where his thesis focused on the relationship between technology transfer in biotechnology and venture capital investment. In 2010 he was awarded the Eisenhower Fellowship for which he designed and executed a program to evaluate the prospects for health care innovation in China and Southeast Asia.