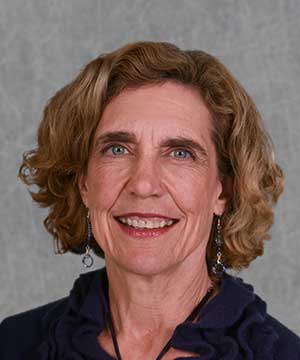 Frances S. Ligler is a past chair of the Bioengineering Section and former Councilor of the U.S. National Academy of Engineering. Before coming to Texas A&M, she was the Ross Lampe Distinguished Professor for the Joint Department of Biomedical Engineering in the College of Engineering at NC State University and the School of Medicine at UNC-Chapel Hill.  Prior to joining NC State and UNC Chapel Hill in 2013, she was at the U.S. Naval Research Laboratory (NRL) for 28 years, during the last 18 of which she was the U.S. Navy Senior Scientist for Biosensors and Biomaterials. She earned a B.S. from Furman University and both a D.Phil. and a D.Sc. from Oxford University. Her research in fields ranging from biosensors, tissue-on-chip, and microfluidics, to biochemistry, immunology, and

analytical chemistry, has produced over 400 full-length publications and patents (Google Scholar H=80), which have led to eleven commercial biosensor products to date. Elected an SPIE Fellow in 2000, a Fellow of AIMBE in 2011, a Fellow of AAAS in 2013, a Fellow of the National Academy of Inventors in 2016, and an Honorary Member of the Hellenic Society for Nanotechnology in Health Sciences in 2017, she serves on the organizing committee for the World Biosensors Congress and the permanent steering committee for Europt(r)odes, the European Conference on Optical Sensors. In 2003, she was awarded the Homeland Security Award (Biological, Radiological, Nuclear Field) by the Christopher Columbus Foundation and the Presidential Rank of Distinguished Senior Professional by President Bush. In 2012, she was awarded the Presidential Rank of Meritorious Senior Professional by President Obama. In 2014 and 2018, she was awarded honorary doctorates from the Agricultural University of Athens, Greece and Furman University, respectively. She is a 2017 inductee into the U.S. National Inventors Hall of Fame, honored for her invention of portable optical biosensors. In 2020, she received the Simon Ramo Founders Award from the National Academy of Engineering “For the invention and development of portable optical biosensors, service to the nation and profession, and educating the next, more diverse generation of engineers.”